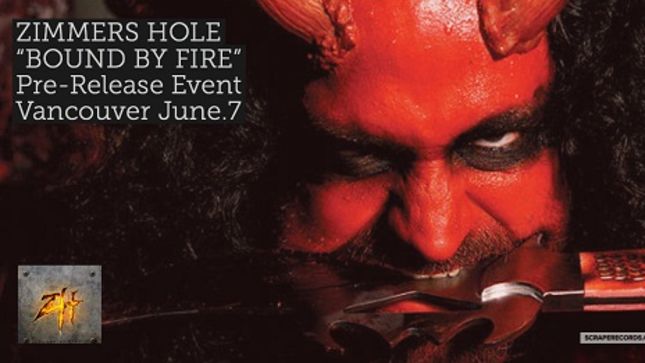 Not only will the Heathen be playing a variety of Hole and related tunes, he (and possibly additional members of ZH) will be on hand signing autographs of the newly reissued debut Zimmers Hole album Bound By Fire on Scrape Records, technically being released a day later on June 8th.

Bound By Fire will be available in limited edition, hand-numbered formats:

Not available in stores, all editions can be pre-ordered now at ZimmersHoleOfficial.com and ScrapeRecords.com. The Bound By Fire PledgeMusic Campaign is live now through June 8th, featuring loads of Zimmers Hole and various Strapping Young Lad related items.